'Twas the Night Before Foodbuzz Festival...

Very excited for the 4th Annual Foodbuzz Blogger Festival in San Francisco this weekend!! A weekend of eating, drinking, and chatting with other fellow bloggers about, well, more eating and drinking!!

I've proudly attended each year's festival since it first started back in 2009, always having a great - and filling - time. And yes, I must sport my festival veteran swag! 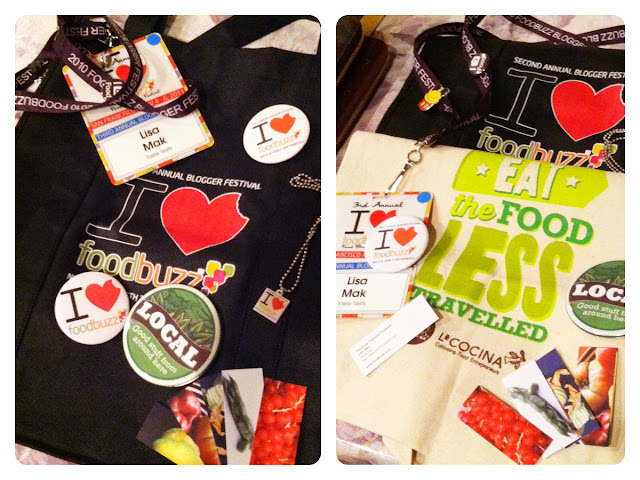 I was at a media preview dinner for this year's La Cocina Street Food Festival (a fantastic event that I highly recommend) and came across the folks from Onigilly, who specialize in making gourmet onigiri. For those of you not in the know, onigiri is just a triangular block of rice with some kind of topping, all wrapped in seaweed. Real simple, but oh-so-good ... and healthier for when I don't feel like stuffing myself at lunch and regretting it during the 3 o'clock doldrums. 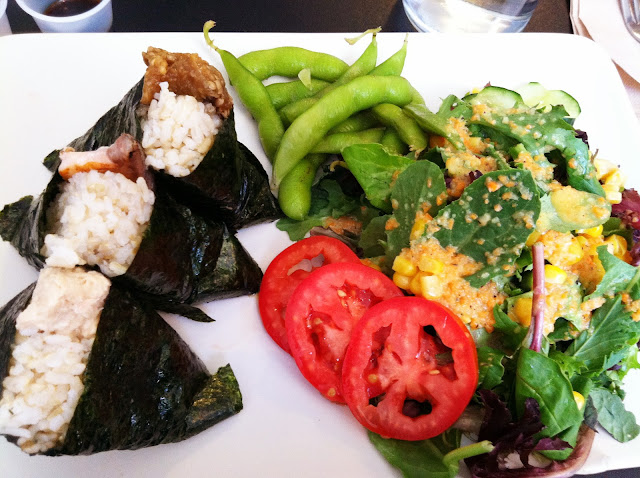 When I studied in Japan, I would buy onigiri at convenience stores for snacking on the go, so I have fond memories of this particular food. I also have fond memories generally of Japan's convenience stores, which are far superior to the 7-11's and ampm's here. I think there was some social faux pas about eating while walking around in public, but I did it anyway. Hopefully the locals forgave my silly college-level gaijin attitudes. 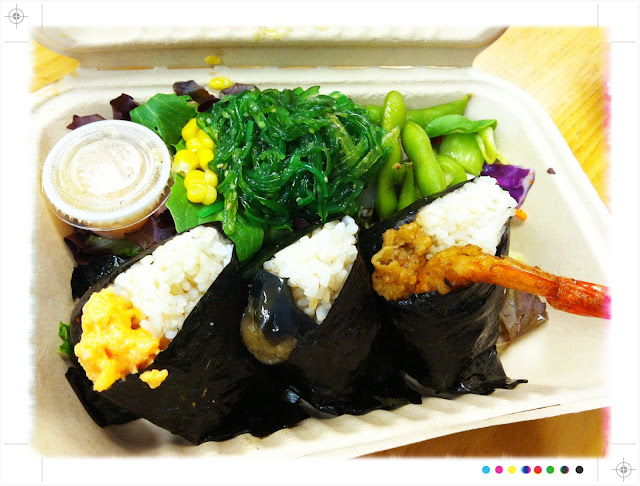 Anyway, the onigiri I tried at the festival were delicious, so I was excited to hear that Onigilly was opening up a store front in downtown San Francisco – two blocks from my office. Score!

I chatted with Koji, the owner, for awhile at the festival, and he said that he was surprised and disappointed that he couldn't easily find onigiri in restaurants in the States. So he decided to start making and selling his own, to introduce the food here and hopefully get people to reach for healthier snack alternatives. With the support of La Cocina's food incubation program, he gradually gained support and is now a success story, having gone from a food truck to a restaurant on Kearny Street, which is really an ideal location catering to hungry office folks like yours truly. 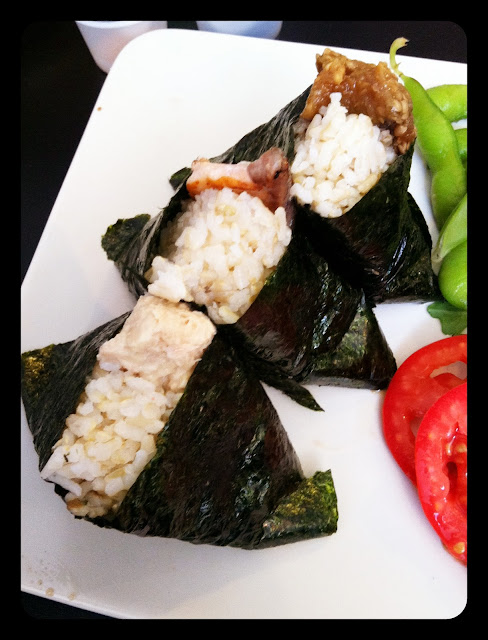 The restaurant has over 15 onigiri toppings to choose from, ranging from the traditional to the creative, so I never get bored. My faves so far: 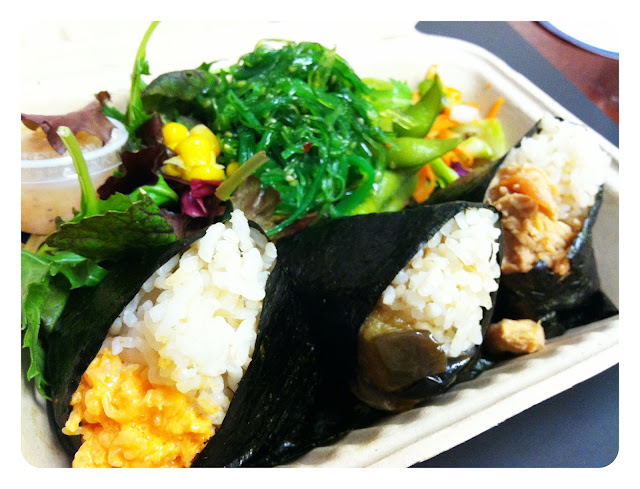 You can order on your own or choose one of their themed prefix sets. Their sides – like miso soup, seaweed salad, and salmon teriyaki – are also pretty solid. And with the onigiri going for $2.75 each, it's easy on the wallet too. The restaurant space is super small and gets pretty crowded, but they do a good job getting your food out quickly (a necessity for lunch in that area), and I like how you can see them making everything fresh behind the counter.

Now I probably eat there about once a week, either for lunch or just for a snack. It's so damn addictive. Thank you, Koji, for bringing such a wonderful Japanese food to San Francisco! 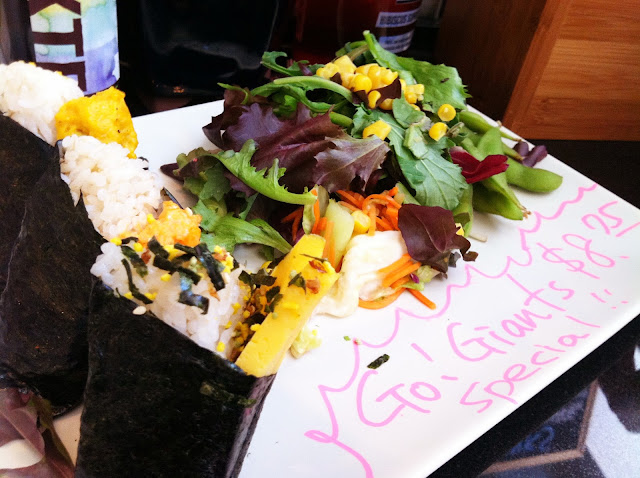 Curiosity and uncertainty usually drive me a little nuts. This is why I don't like knowing about surprises coming my way, because then I'll undoubtedly be thinking 24/7 trying to figure out what it is. I'm the kind of person who shakes gifts under the Christmas tree to guess the contents inside - maybe that's why no one gets me fragile items? The kind of person who loves knowing exactly what songs will be on the next episode of Glee, and will have listened to them several times prior to the episode airing. And the kind of person who always wants clues about where her surprise birthday dinner will be.

This, of course, has caused my boyfriend to get sneakier about his clues over the years. So even after a lot of pestering, I had no idea where we would end up this year. I was beyond excited when it turned out to be Gary Danko (or what I prefer to call GOD), where we went for my birthday two years ago. It was amazing then, it was amazing again, and I'm fully confident that it will be amazing the next time. In fact, after trying some new dishes in addition to some of the ones we ordered last time, I already have a rough menu in mind for our next visit. 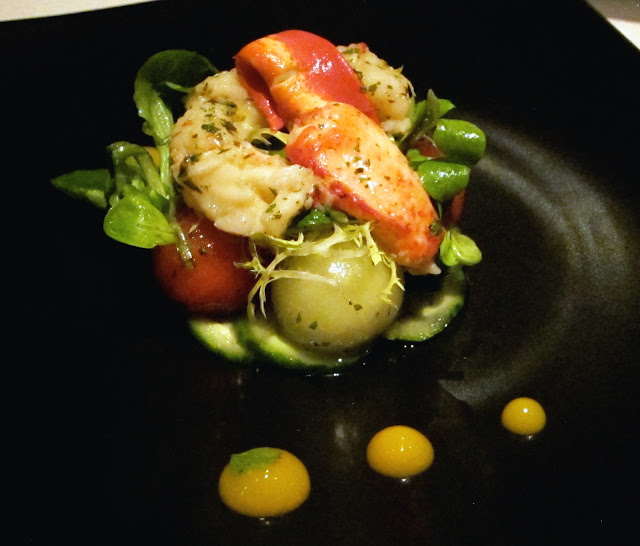 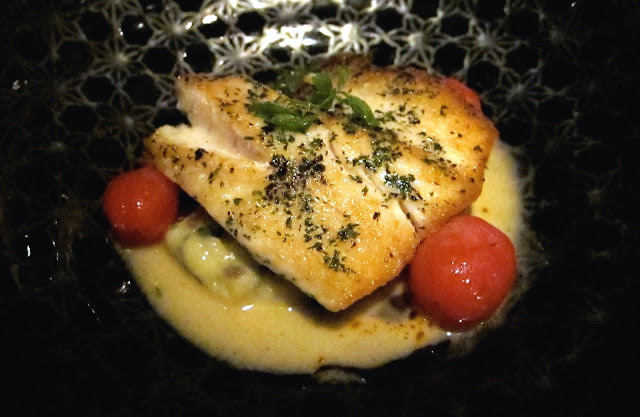 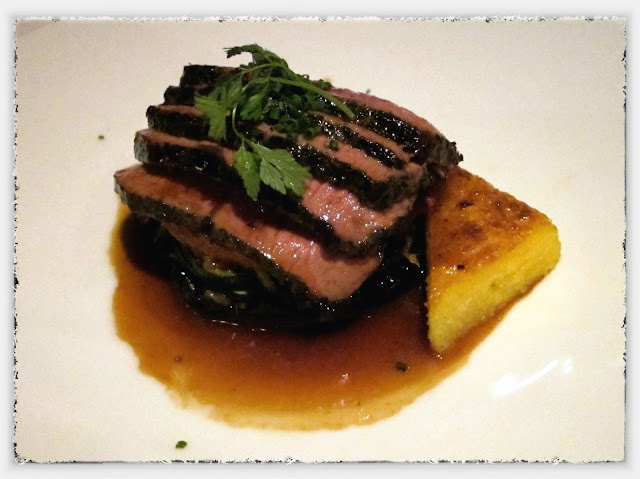 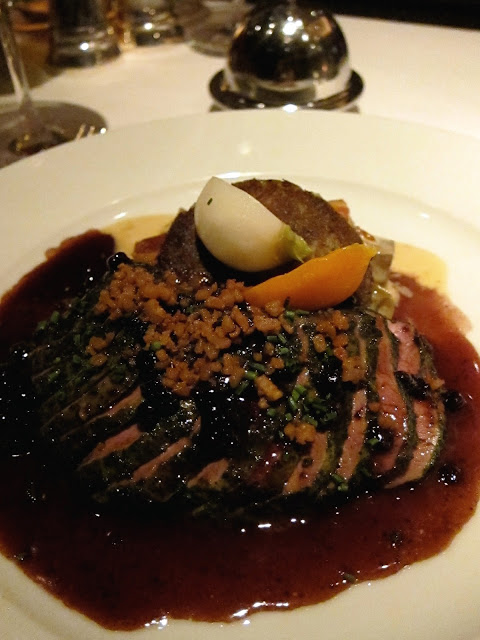 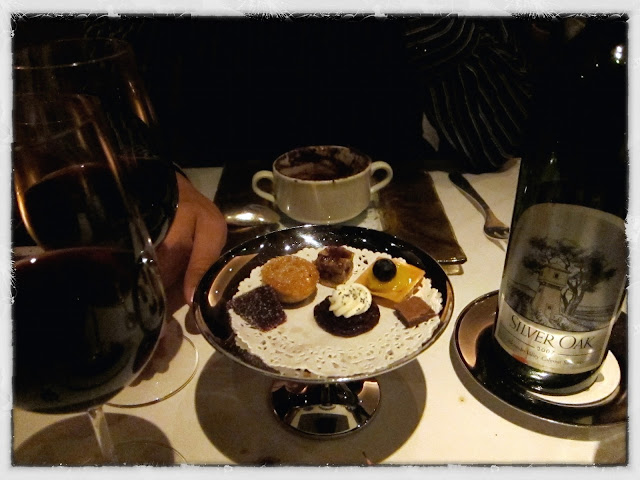 And my awesome boyfriend also got me an iPad which I now use to edit photos on the go. All the photos in this post were tweaked using Snapseed, which is surprisingly good for a mobile app. Pretty soon I'll be too lazy to use Photoshop on my desktop!

Again, the meal was so good that all food tasted pretty bland for the next week or so. But that's what happens when you taste perfection!

To make up for my blogging hiatus, I'm presenting some yummy finds that I've recently discovered and loved. Warning: It's probably not a good idea to read this post on an empty stomach! More posts to come soon, I promise! 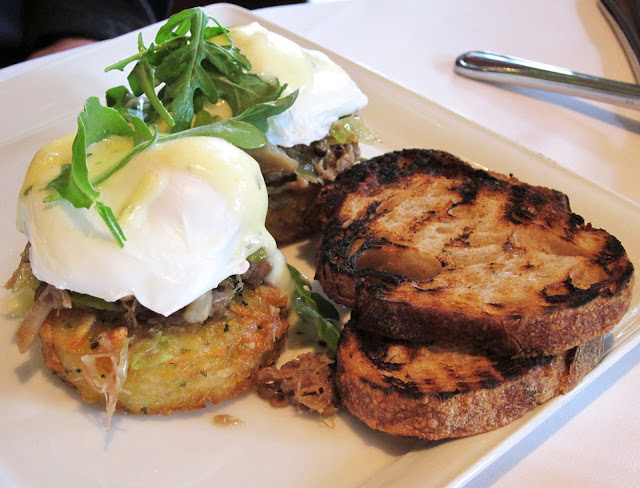 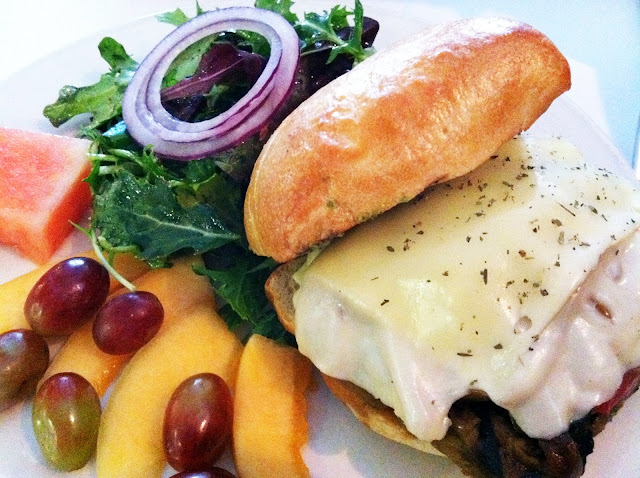 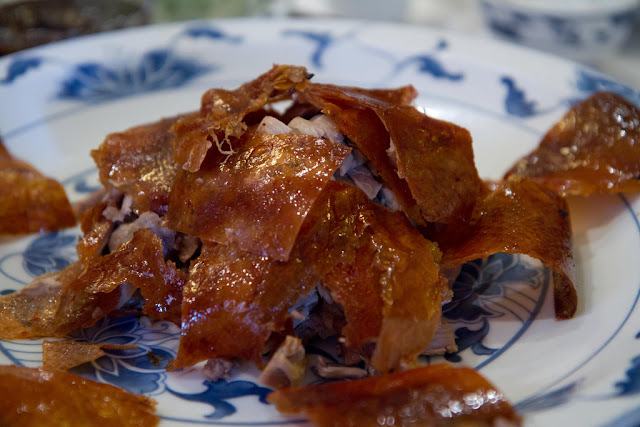 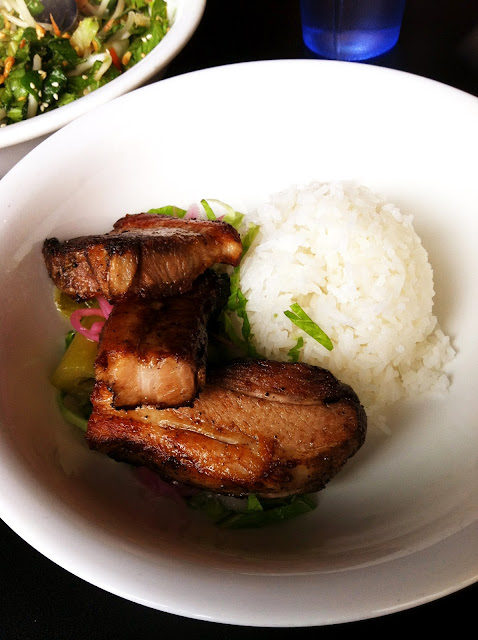 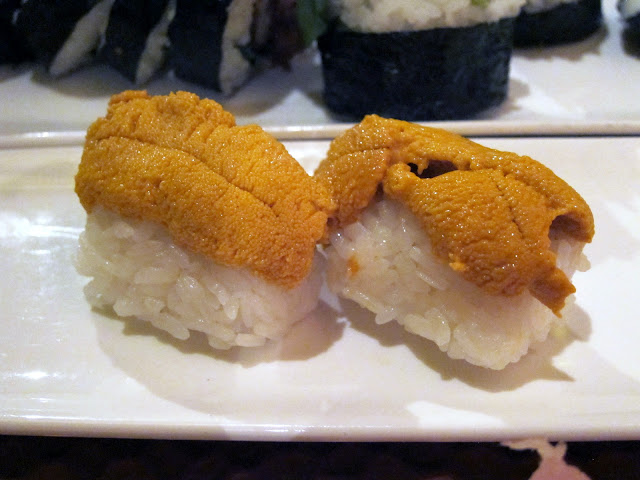 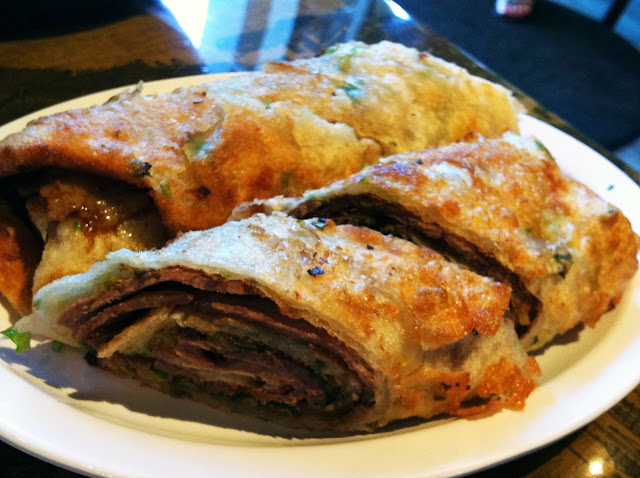 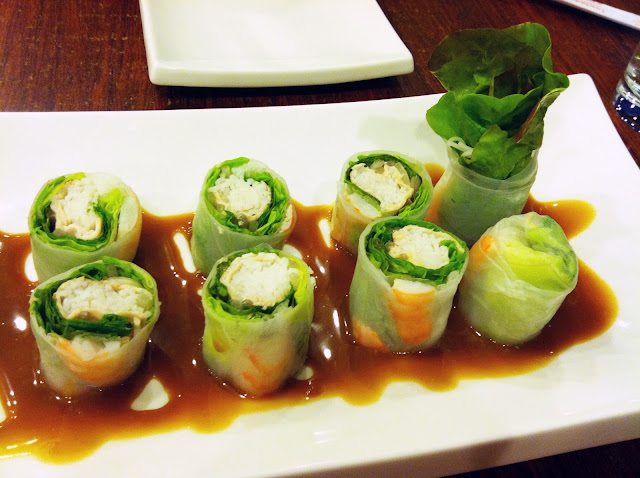 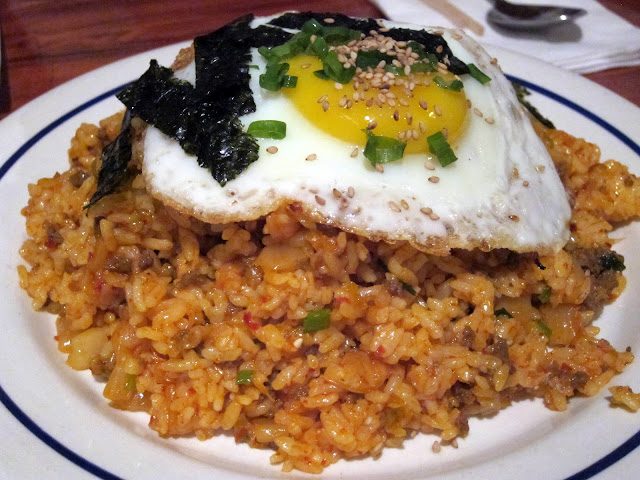 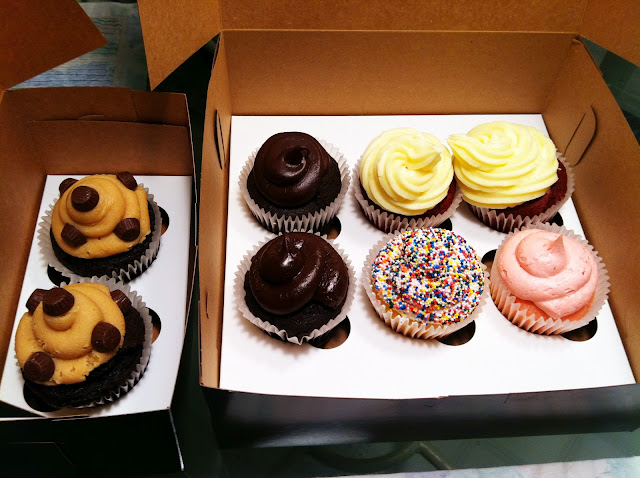 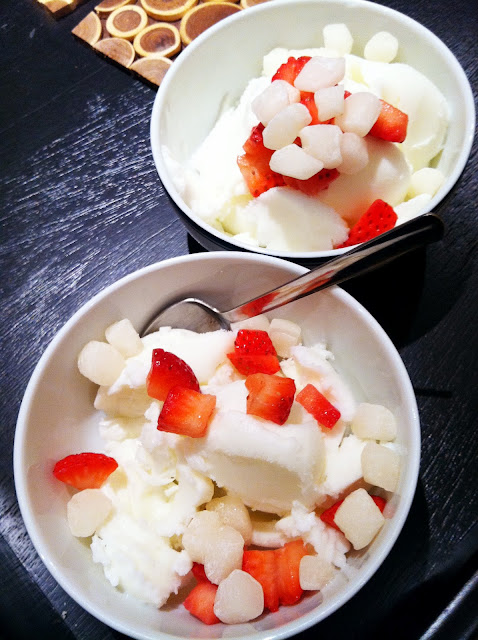 And finally, the Pinkberry 25 oz take-home size, so we can enjoy the best froyo right from the freezer!
Posted by taste tester at 6:30 PM 1 comment: